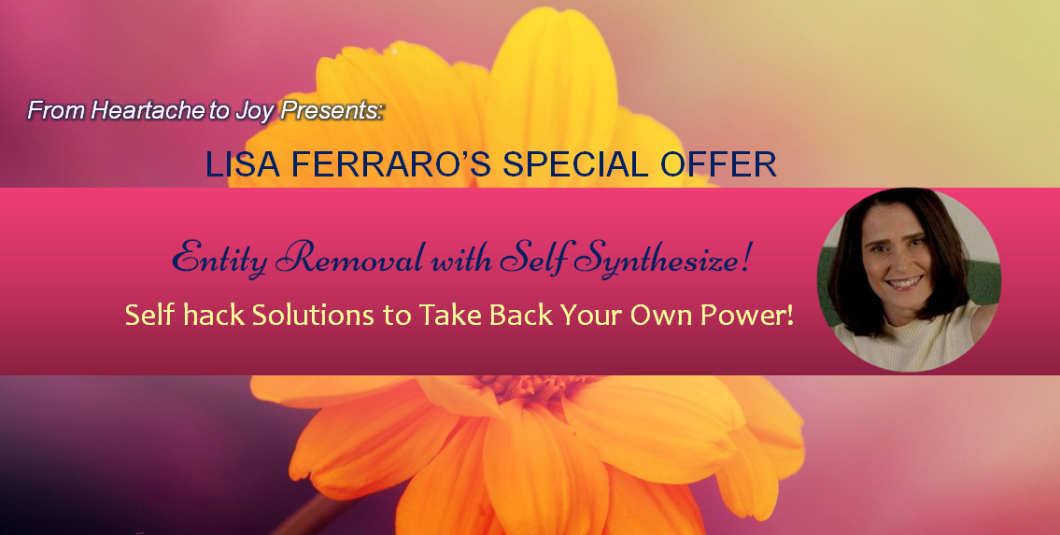 Get This Amazing Entity Removal Frequency & Listen As You Sleep!

Entities can be an awkward subject that often arouse curiosity.

But Lisa Ferraro’s visionary understanding of entities will remove any fear that might be lurking inside your mind!

You’ll learn exactly what entities are and how they affect your life. 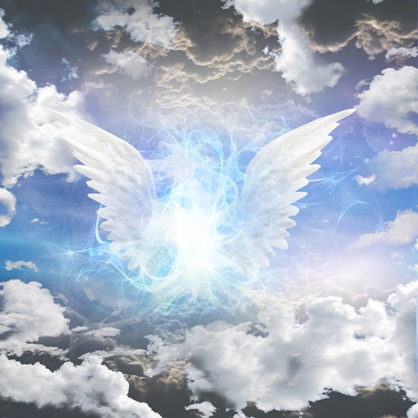 Are You Feeling Stuck?

Like life’s just not working out the way you expect and you don’t know why?

Do you feel that nothing seems to work or move you forward?

That means there are likely to be entities already attached to you.

Even if you’re not consciously aware of it.

Lisa Ferraro is bringing you power packed Self Hacking Solutions in her package designed solely around entities.

With this amazing package you will learn ALL about entities…

How to recognize them in your life…

And how to Self Hack and take back your own power! 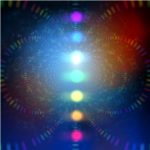 A special frequency session for entity removal which you receive immediately as an MP3 download! You can listen to this as many times as you wish! Loop it on your MP3 player and listen to it while you sleep. Each time you listen, the frequency builds AND the benefit grows. This alone gives you a tool for a lifetime! 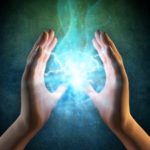 1. A recording so that you can relisten to the class anytime you wish.
2. A workbook with the techniques and practices outlined in the class, and
3. A PDF of Lisa's PowerPoint presentation during the class

During this RECORDED 2hr class, Lisa talks about:

Plus you get these Amazing Bonuses:

A special 3 part Teleclass series called:
"How to connect to your Light Team!"

The 3 Part Teleclass recording "Connecting to your Light Team" guides you through the process of connecting and conversing directly with your light team! Learn tools and techniques to recognize your light team and stay in a constant flow of communication! Let these beautiful beings of light guide and support you through your most juicy life!

This fantastic tool based Teleclass also comes with a PDF of Lisa's PowerPoint presentation!

The Frequency for Health

Designed to address any of your health concerns, Lisa's frequency will support you in creating vibrant wellness in all areas of your health. Listen to the download daily. Simply by listening you influence the vibration around you to more closely resonate with the solution you desire in your health and well being.

"I want to thank you from the bottom of my heart for getting rid of my shoulder/neck knots!! I was feeling around there last night, and it is miraculously just normal tissue!! Never in 20 years have I felt so good... A literal burden lifted... Have a wonderful week!"

From Heartache to Joy Special Offer

Package B
Includes Everything in Package A
PLUS

A Personal Session with Lisa for Entity Removal!! 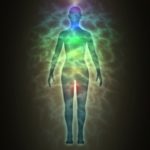 Lisa has worked with hundreds of people to remove entities and the fear that arises around them. You will have a 30 minute private session where she will completely clear any entities that might be around you!

From Heartache to Joy Special Offer

Never in 20 years have I felt so good

"I want to thank you from the bottom of my heart for getting rid of my shoulder/neck knots!! I was feeling around there last night, and it is miraculously just normal tissue!! Never in 20 years have I felt so good... A literal burden lifted... Have a wonderful week!"

It's rare that I take the time to listen to a telesummit call. But the one you gave a week ago on raising frequency was something that I am super interested in, so I decided to listen in. Boy, am I glad I did."

"When I had my session with Lisa I was extremely sick and had been battling an illness with little resolve for several weeks. During my session I could literally feel the virus being lifted out of my body, just layers upon layers of dark sludge being removed. After my session was over I felt lighter, rejuvenated, and more energized!! I am forever grateful for Lisa’s work, she is such an amazing healer!!"

I was anxious and in a state of chaos

"I called Lisa in a panic one day when I felt this very strong abusive energy come into my field. I had never experienced something like this before and it was affecting everything in my day! I was anxious and in a state of chaos. Lisa stepped in, took the negative energy by the horns and showed me how to protect myself from these energies when they come in. After our short call, I felt so much calmer and equipped with the tools to handle the situation should it arise again. I love all the ways Lisa continues to empower me every day!"

I wanted to share this with you. I was listening to the replay before I went to sleep yesterday, and you had talked about dreams coming up for people. On this call in particular I felt the energy in my hands, feet, legs and much of my body stronger than I have ever felt it before.

Also when you were asking our light teams to come in closer and hug us, I asked that it felt like a hand on my cheek so that I could see that it was different than all the other energy happening in my body at that time. It was the first time I knew I could feel them!!!! (I can feel it right now too 🙂

I almost never remember my dreams, but my husband is plagued with nightmares--the result of sexual abuse he experienced as a child. He has not been having very many nightmares since I have been doing this course with you.

Last night he woke in the middle of the night and said he had one of the worst dreams he had ever had--he said it felt like there was something inside his head. (he has a genetic condition called Cadicil that can present later in life like MS. He gets terrible migraine clusters that leave scars on his brain. His grandmother, brother and mother have it as well.) He has not had any of those either since I started doing your course. The dream really shook him up--he got out of bed which he never does.

He told me about the dream when he came back to bed, and at that moment I had this vivid sensation of something swirling and black leaving his body--kind of like a dense ball of black smoke. I was barely awake and remember feeling so surprised at the image. Then I could feel all the energy in my body again. Just like I did on the call.

It was such a profound experience! I am thrilled that this is the result of our work together and being on the weekly calls! "

Opened me ever so much MORE to the possibilities of conscious co-creation!

I am on rocket fuel since you put your precious hands on me and opened me ever so much MORE to the possibilities of conscious co-creation! IN ONE HOUR! Smiles and hugs and sunshine and joy are ALL around me and flowing outward from within me...
Thank you x 10,000 raised the 10,000th power sweet sister!!

Love you so much!" 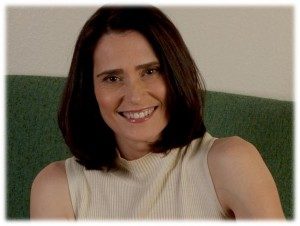 Anyone who interacts with Lisa experiences that joy emanating from her cells! She loves sharing the wisdom she has gathered and road tested to help you discover your own inner power, harmony and bliss!

Deeply immersed in her practice of Iyengar Yoga, with more than 20 years experience teaching yoga, she has conducted yoga workshops throughout the world. She recently won the Guinness Book of World Records for the longest continuous yoga attempt! Lisa plays with the interface between mind, body and spirit using, yoga, coaching, and Self Synthesize! Frequency facilitation; a truly delightful and life changing experience for anyone who has experienced her work!

DISCLAIMER: The information on this site is not intended or implied to be a substitute for professional medical advice, diagnosis or treatment. All content, including text, graphics, images and information, contained on or available through this web site is for general information purposes only. Please see a medical professional if you need help with depression, illness, or have any concerns whatsoever.

WE DO NOT OFFER MEDICAL ADVICE, COURSE OF TREATMENT, DIAGNOSIS OR ANY OTHER OPINION on your conditions or treatment options.SERVICES OR PRODUCTS THAT YOU OBTAIN THROUGH THIS WEB SITE are for information purposes only and not offered as medical or psychological advice, guidance or treatment.

CONSUMER NOTICE: You should assume that From Heartache To Joy has an affiliate relationship and/or another material connection to the providers of goods and services mentioned on this page and may be compensated when you purchase from a provider. You should always perform due diligence before buying goods or services from anyone via the Internet or offline.

REFUND POLICY: Please know that in order to honor the Law Of Energy Exchange, all exchanges need to be fair energetically. We love and honor all of our valued listeners and speakers. We are happy to offer a no questions asked, 30 day Money Back Guarantee to our customers to help them decide if a certain product works for them or not. However, in order to honor our speakers and their hard work we can only offer refund on one package for every customer per 90 days. Multiple refunds by same customer within 90 days will not be accepted. If speaker's offer involves personal sessions, then guarantee will be voided if the session has been availed. Additionally all refund requests should be sent within the 30 day guarantee period. We thank you in advance for respecting the energy exchange.